On January 15th, 20140, leaders of architecture, engineering, and construction industry have expressed support on a decision made by the European parliament to update public works procurement regulations by recommending the use of electronic tools like Building Information Modeling (BIM) in public works contracts and competitions.

BIM allows teams of architects, engineers, construction companies, and product manufacturers along with the main stakeholders, to work together in a coordinated manner in a project; using a 3D digital model to simulate all of the building´s lifecycle. (concept, design, construction, maintenance).

Unlike traditional schematics, the information contained in a BIM project is coordinated, precise, and consistent with the ability to reach all project phases and to keep updated no matter how many times the design changes. As a result construction and infrastructure projects are developed better, faster, more economically, and more sustainable.


The adoption of the directive, which has as its official is European Directive for Public Procurement , which states that the 28 European union member states, starting January 2016, may require, specify, promote, or mandate the use of BIM in construction projects financed by EU public funds. The United Kingdom, Netherlands, Denmark, Finland, and Norway already require BIM for public works. 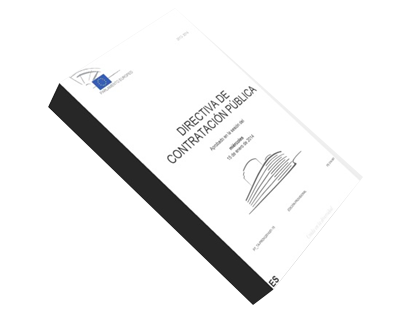 The main advantages of BIM adoption for public public procurement are:

Savings for tax-payers: Public procurement plays an important role in EU´s public performance, where public buyers spend around 18% of the GDP in supplies, works, and services. According to the European Commission´s 2012 report, public entities have already implemented electronic coordination solutions and are reporting a 5% to 20% in savings. It is estimated that the total amount or EU´s procurement market is more than 2 trillion euros; and having a 5% in savings equals almost 100 billion euros a year, which is the same as building 150 hospitals.

The United Kingdom´s government estimates £ 1.7 billion (2 billion euros) in public works savings since 2012, and also that 66% of all contracted works are being delivered on time and within budget; an 33% rise since 2010. (Source: Construction news).

Major impact on sustainable development: Besides the economic benefits that BIM brings along to the construction industry, it also generates savings in environmental impact, since current construction contributes around 40% of greenhouse gas emissions and a similar proportion in energy consumption. Addressing sustainability in existing buildings has also been a subject matter in European Directive for Public Procurement.

Luc BOURDEAU Secretary General ECTP: ECTP applauds the EU Directive for encouraging innovation and good practice in the European construction sector and for its recognition to consider “whole-life” costs in relation to public works tenders and design contests. The construction sector has a significant opportunity to improve its performance through the use of innovation and technology: this Directive signals that public procurers can take a positive leadership role for the EU construction sector and it highlights the opportunity to use BIM. ECTP has been supporting the growing use of BIM and monitoring its specification for public works in Member States.

Olle Samuelson, Managing Director, BIM Alliance Sweden: “The directive is an important step in the right direction to increase the use, and awareness, of the BIM process. The implementation of the new directive will hopefully also put more pressure on standardization, which is one of the most important issues for BIM Alliance Sweden for the coming years”

Roland Zelles, vice president of Europe, Middle East and Africa at Autodesk, a leader in 3D design software: For the first time, the EU is asking their member states to consider the use of technology to modernize and improve the public procurement processes. Today’s vote represents a big step forward for the EU and its member states. The wide adoption of BIM across the European AEC industry would not only reduce the cost of publicly funded building projects at home, but also tremendously boost EU industry’s global competitiveness in winning international building contracts.